Very good journey - driver was happy to take a stop as we had requested and was very helpful and polite upon arrival and departure. Very happy with vehicle as we received a larger one than request so had lots of space and were very happy with the cleanliness. 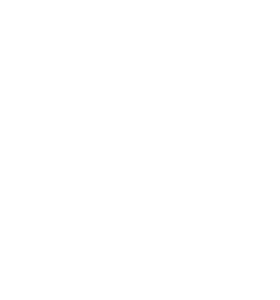 “We’re Good To Go” is the official UK mark to show that a business has worked hard to follow Government and industry COVID-19 guidelines and has produced sufficient guidance and taken the steps necessary to ensure its clients are safe to travel.
.

Excellent service. We booked a private trip, the driver arrived on time and he was extremely helpful during the entire journey. The vehicle was very clean and comfortable.

Absolutely amazing service providing the mini bus for our wedding guests, we had so many changes to plans because of Covid but Sofia was able to assist us with such professionalism every step of the way. Leon was incredible on the day and you made a super stressful day significantly easier!

London’s 2nd biggest has had many changes since 90’s due to the high demand from airlines and increased flow of people traveling to and from London to all over the world. Gatwick as we now know it, is under the direction of VINCI Airports and managed by Global Infrastructure Partners (GIP), who have operated Gatwick since 2009. Today, they have been joined by roughly 56 airlines flying to 228 destinations and carrying over 45 million passengers.

The location of the Coach Marshall will vary please check below for locations.  If there is no Marshall available call your coach driver or our office on 02038698250.

You will then need to ask the Marshall to release the coach.  You will need to provide the coach Marshall with the following information.

The Marshall will indicate to you where you will need to wait for the coach. The bays are numbered and your driver will have been given the coach bay to collect you from.

Other Airports we cover

We love meeting new global clients, and as ambassadors for the UK, we will do everything we can to get your trip off to the start or finish it deserves. If required we can also quote for a professional meet and greet services when transferring to London destinations and we will be happy to discuss any further requirements you may have for your London minibus or coach transfer.

With over 100 thousand people arriving every day Heathrow is London’s busiest airport.

Luton is the UK’s fifth biggest airport located North of the Capital in Hertfordshire.

Located in London’s royal docks, City Airport specialises in short hall flights to and from Europe.

If you need a transfer from an airport not listed, please get in touch we can supply coaches to any UK airport.

Get In Touch Today

Our team are ready to talk you through any of our services and answer all queries you may have.